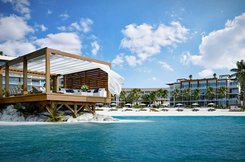 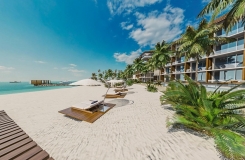 Two main pools, one for adults only-both of which are in a sheltered environment