Waterline Square is pleased to welcome you back and is now available for private in-person appointments with new health and safety standards. Please contact the sales tea...

The Vaux at 372 Central Park West was built back in 1961 when the land was cheap, and construction costs were not what they are today.  The buildings, were developed by the Zeckandorf family who have since gone on to many spectacular projects including 15 Central Park West, Zeckandorf towers in Union Square, and The Worldwide Plaza to name a few. The construction of this complex includes acres of land, tennis courts, and outdoor parking for residents. Many of the apartments have been renovated and combined. Also, many of the apartments have large terraces and direct views of Central Park. 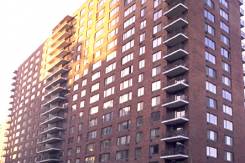 The Vaux is a red brick building with a renovated lobby and a fantastic address right on Central Park West.

In addition to the parking there is a remarkable sitting area and park like setting where residents can lounge and enjoy the day.

Pristine landscaping and amenities included at The Vaux

The landscaping includes meticulously maintained private grounds filled with trees, walking areas and children's play areas.  There is also a wonderful health club, modern laundry facilities and a parking area. The Vaux is convenient to public transportation that leaves you minutes from anywhere in New York City.

One Block to Subway

The CPW Towers or The Vaux Condominiums location

Also known as CPW Towers, The Vaux will exceed your expectations and allow you to truly celebrate the glory of Central Park West. Located between Central Park West and Columbus, these towers represent a good value on Central Park West having been built during a time where land was cheap and building costs were much more affordable.