The Europa West Side Properties

Waterline Square is pleased to welcome you back and is now available for private in-person appointments with new health and safety standards. Please contact the sales tea...

The Europa is a 25 story grey brick building located half a block from Central Park West and the famous now defunct Tavern on the Green. The building is designed to only have one apartment per floor and as a result only has 25 apartments. Most of the apartments have been renovated and show beautifully. 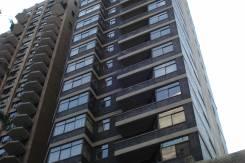 These are truly gracious private Manhattan homes with a flexible layouts in a full service condominium with 24 hour doorman. Additional private storage is in the basement, and there is a dedicated and delightful superintendent & staff. Pets are welcome as well!

In addition, the Europa is located about a block from Lincoln center and the Julliard School where you can see many different types of shows including, but not limited to the Nutcraker, symphony concerts and even the Big Apple Circus. The area also is host to numerous 5 star restaurants including Jean Georges, Picholine, and 3-4 restaurants in the Time Warner AOl building.

The history of The Europa on the Upper West Side

Back in 1992, 22 West 66th street was sold to Stirling Equities for a bargain price of $ 6.35 million dollars. This was after the building had been languishing in construction and dormancy for approximately 9 years or so.  The buildings original developer had died and the project had floundered.

The late Herbert Handman was the developer of record when the building was aquired by Stirling Equities, who then put the building, all 60,000 square feet of it, onto the market. The developer had originally presold the apartments before it was 80 percent complete, but was unable to complete the project and in 1986 the buildings loan was called in by the savings and loan bank;First Nationwide.

Thankfully, the building has regained its footing and value, with apartment sales continuing throughout the years.

Many of the apartments have since been renovated and the building has become a very desirable upper west side condominium with very solid sales prices.