It opened in 1932 with a spectacular and storied history. It is the sister building to The Majestic which is located on the south west corner of 72nd street across from The Dakota. Both were designed with two towers and an artdeco feeling. The Century and the Majestic were the classic examples of The art deco genre of the time and were the masterpieces of the development firm led by Irwin Chanin.  Irwin also built many of the famous theaters in times square such as the Biltmore, The Majestic and the Roxy to name a few. 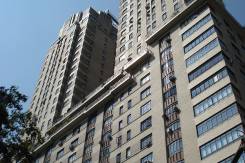 The architect of the art deco - 25 Central Park West

The Architect of this fantastic art deco masterpiece was actually an in-house architect for Irwin named Jacques Delamarre. Jacques also designed the Majestic on Central Park West.  The original design called for over 400 apartments ranging from one room studios to large 11 room duplex luxury apartments.

The Century is a land marked pre-war luxury condominium

Located on the trendy and spectacular Upper West Side. located steps from Central Park and Lincoln Center and this grand old dame has stunning art deco finishes and prewar elegance from days gone by. It was converted in 1987 to condominiums after a failed attempt earlier on to become a co-op.

The building and apartments are in the art deco style and have high ceilings, wood floors, sunken living rooms big open casement windows and stylish moldings. at one point or another, most of the apartments have been renovated and have gourmet kitchens and luxury baths. There is a 24 hour doorman and concierge on three sides of the building with 3 entrances.

Some of the apartments have terraces and some of them are also duplex apartments that have direct views of Central Park.